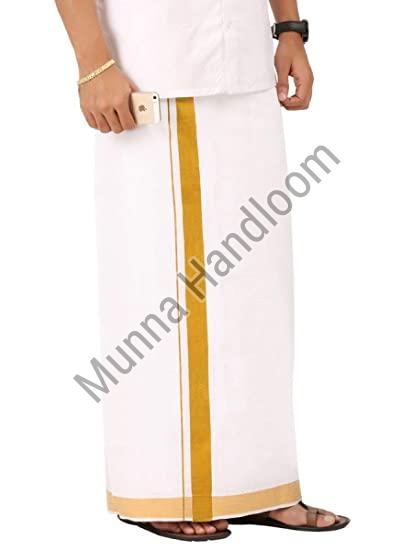 Munna Handloom is a White Cotton Lungi Suppliers from Asansol, West Bengal and our lungis can be used as both day and nightwear thanks to the simplicity of which it exhibits.

Lungis in the southern countries of India are widely used as an everyday costume. It also offers comfort and relief, especially in hot or extremely humid weather. In addition to the Indian Subcontinent, Lungis are very common in Bangladesh, Myanmar, Sri Lanka and Indonesia.

While Lungis were Indian original creations and regions, the famous lungi style also spread through the neighbouring countries. The indigenous peoples of Indonesia, Bangladesh, Sri Lanka, Somalia, Malaysia adopted the lungi as their clothing, mainly because of the wet and unpleasant weather, its extreme comfort.

Maybe no other Indian apparel is as straightforward or less lumbering as a lungi, a dress worn around the tail. The roots of the traditional lungi can be traced back to South India, although it is now also common among several other Asian communities. Often Lungi is made from cotton and can be used in many styles, designs and colours.

In South India, this traditional Indian dress is most often worn. It's made of silk or cotton and a welcome break from the sun in summer. Most traditional ceremonies are attended by men dressed in lungis, and the famed bhangra dance is a must-see for the performers.

Regardless of the lungi's colour and pattern, the top and bottom of this cloth are often a thin line or strip. A lungi, since it is sewn like a skirt, is distinct from a dhoti that is a linear board.